China is a surprisingly popular destination for US expats. It’s actually affordable, its large cities have bustling nightlife and are very high-tech, the food is amazing, and there’s just so much culture to experience! Not to mention the amazing landscapes you see when you leave the big city.

But for all those good things, there is a big issue nobody can ignore – the Great Firewall of China. It’s a state-enforced firewall that all national ISPs are forced to implement. It blocks access to tons of popular sites, including YouTube, Google, Gmail, Dropbox, Slack, Amazon, The New York Times, BBC, and more.

While China has alternative online services that make up for the lack of those popular sites, they’re not anything special – especially if you’re not familiar with the Chinese language, content, and entertainment.

So what options do you have left? Do you need to just accept you can’t use your favorite sites anymore?

Not really – there is actually a very good way to bypass the Great Firewall of China, and we’ll tell you all about it in this guide.

How to Unblock Censored Sites in China

The best advice we can give is to use a VPN. Using a VPN will help you unblock censored websites in China (and any other country that censors the web).

If you never used a VPN before, all you need to know about it is that it’s an online service that encrypts your traffic and hides your IP address from websites and other Internet users.

The main thing to focus on is the “hides your IP address” part – that’s what helps you get around the Great Firewall of China.

Well, it’s not directly by hiding your IP – but by routing your traffic through a VPN server (which is the process that hides your IP address). Due to that, you will communicate with the Internet through the VPN server (so you’ll do it through its IP address).

Since the VPN’s IP doesn’t have a firewall restrictions assigned to it by the Great Firewall of China, you’ll be able to bypass the Chinese firewall and browse any sites you want.

Yes, of course – and the government is actually really good at blocking VPNs. It mostly uses IP blocks – basically, it blacklists the VPN server’s IP address, so you can’t communicate with it anymore.

Besides that, the authorities also use DPI (Deep Packet Inspection) blocks to block OpenVPN (a VPN protocol) connections country-wide. The moment OpenVPN data is detected, the connection is dropped.

But many top VPNs are able to evade China’s blocking methods, and continue to work well in that country.

What Are Some Good VPNs for China?

Not all VPNs work in China – only a few of them reliably bypass the Great Firewall according to our tests. We asked our colleagues in China to try out over ten top VPNs, and they confirmed that these ones work the best:

What’s more, these three VPN providers also have mirrored links. Those are links that work in China and let you download the VPN apps (in case the official sites are blocked).

Do VPNs Have Servers in China?

Yes, but they’re not actually physical servers. VPN providers wouldn’t risk hosting physical servers in a country like China where the authorities could always seize their servers. It’s just too dangerous to route user data through that location.

Instead, most VPN have servers near China – Taiwan, Macau, Hong Kong, South Korea, Japan, Thailand, Malaysia, and so on.

Will a VPN Slow Down Your Speeds?

Yes, VPNs slow down your Internet speeds. It’s because they make your traffic heavier by encrypting it. Also, the further away the VPN server is from you, the longer it takes data to travel from it to your device.

But don’t worry – you can unblock censored sites and still maintain smooth speeds. Here are some speed optimization tips to help you out:

While moving to China is a great experience, you’ll probably miss being able to use the sites you’ve been used to up until now – like YouTube and Google. Don’t worry – a VPN can help you bypass the government’s censorship and unblock any sites you want. 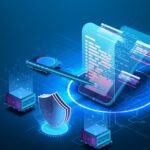 As your Defi or NFT project gains popularity, it's important to ensure that your smart contracts function as intended and are secure. Here are the top reasons you should consider having a smart … END_OF_DOCUMENT_TOKEN_TO_BE_REPLACED 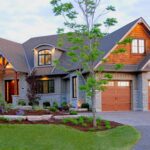 Getting window replacements in Canada is no doubt a significant investment. That’s why you might also be delaying this task for many days. Unfortunately, delaying will only lead to more problems, … END_OF_DOCUMENT_TOKEN_TO_BE_REPLACED