If you’re interested in keeping up to date with the latest national and international political issues, continue reading to discover a few of the top political issues of 2018. The denuclearization of North Korea

During 2018 multiple plans were made for Kim Jon-Un the Supreme Leader of North Korea to meet with US President Donald Trump to discuss the possible denuclearization of North Korea. As after fighting with each other on the social media platform Twitter, the two world leaders expressed serious interest in engaging in diplomatic talks. However, the two leaders original plans to meet were canceled and it wasn’t until June 2018 when the two world leaders finally met at a summit in Singapore.

While the American Constitution promises citizens the right to bear arms, a large proportion of US citizens are lobbying for gun ownership to be more heavily regulated, following mass shootings at several high schools. As in example, in February Nikolas Krus took a semi-automatic rifle to his Florida high school, where he then shot and killed 17 individuals.

While gun lobbyists are up in arms about their right to bear arms being under threat, teenagers around the country have been organizing mass protests in the hope of getting president Donald Trump to consider changing the current laws on gun ownership.

The world was shocked when former Russian spy and naturalized UK citizen Alexander Valterovich Litvinenko and his daughter Yulia Skripal, were poisoned in public using a potentially lethal nerve agent. Following the shocking attack, UK Prime Minister Theresa May warned Russsian President Vladimir Putin that if Russia did not confess to orchestrating the attack that she would expel all of Russia’s diplomats working in the UK from the country.

After Putin denied Russia’s involvement in the poisoning, Theresa May immediately expelled every Russian diplomat from the UK’s borders. In the week following May’s decision, dozens of countries around the world followed May’s example in order to show the UK their support.

Britain prepares itself for Brexit

Back in June 2016, the UK voted for Britain to leave the European Union. However, as the scheduled date for the UK’s official break from the European Union isn’t set to take place until Spring 2019, politically 2018 is a very important year for British politics. As Prime Minister Theresa May and her government are under pressure to negotiate new trade deals with varying countries.

As once Brexit occurs, the UK won’t be afforded the same rights and advantages trading and dealing with countries in the European Union as its members. Which may take the UK a while to get used to as the UK has been an integral part of the European Union since it was originally founded in 1993.

Hopefully, after reading the article above, you now have an up to date understanding of 4 of the top political issues which have hit international headlines in 2018. 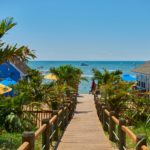 If you are thinking about embracing the outdoors and going camping for your next family vacation, then you are not alone. An estimated 77 million Americans go camping each and every year, and with … END_OF_DOCUMENT_TOKEN_TO_BE_REPLACED 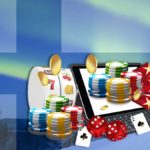 Online casinos have won the attention of many countries across the world and Finland has not been left behind. The best part of it is that EagleBet a widely known online gambling site accepts Finnish … END_OF_DOCUMENT_TOKEN_TO_BE_REPLACED