The World Health Organization recently came under fire for its position on new technology in the vaping industry from public health experts and academics, who claim that the organization is taking a “backward-looking approach” to innovation. In a recently released statement, experts, who have no links to the tobacco or vaping industry, said the organization’s dogmatic anti-vaping stance could result in an increased health hazard, as it results in more people continuing to use cigarettes rather than moving towards smoke-free alternatives such as vaping.

Experts widely agree that vaping and other smoke-free products are less harmful than smoking. Those who switch from smoking to vaping have seen improvements in their health, and many public health organizations throughout Europe have begun to endorse vaping as a legitimate smoking cessation tool.

Despite the obvious benefits of vaping over smoking, WHO continues to promote prohibition. Professor David Abrams, of the School of Global Public Health at NYU, said in the statement, “We know beyond reasonable doubt that vaping and other smoke-free nicotine products are very much less risky than smoking, and that those who switch completely see rapid improvements in their health. Yet the WHO continues to promote the outright prohibition or extreme regulation of these products. How can it make sense to ban the much safer product when cigarettes are available everywhere?”

The statement follows WHO’s “No Tobacco Day” campaign held on May 31, which makes heavy use of provocative images of children, implying that the vaping industry targets underage users. Vape companies do not use such images in their advertising, despite the WHO’s implication. On May 30, World Vape Day was also held to counter the WHO’s No Tobacco Day. World Vape Day was held to raise awareness of e-cigarettes and vapes, and to make available information on how vaping can save lives by serving as a valid and proven method of smoking cessation.

Professor of Epidemiology at University of Nottingham John Britton also said the WHO needs to refocus its objectives, and ask the question, “How do we get smoking down for the greatest number at the greatest rate?” Professor Britton says that smoke-free products are a practical option for smokers who are having difficulty quitting nicotine.

The WHO’s position contrasts sharply with that of dozens of other public health organizations, including Public Health England, which encourages smokers to use safer alternatives as a strategy for quitting smoking. Public Health England’s independent 2018 review concludes that “e-cigarettes are around 95% safer than combustible cigarettes.” A later 2020 report from Public Health England reinforces their position, noting that smoking remains the biggest cause of preventable death, and “alternative nicotine delivery devices that are less harmful could play a crucial role in reducing this health burden.”

The UK is certainly not alone in taking a more common-sense approach to vaping. The French High Council for Public Health recommends e-cigarettes as an effective way to quit smoking. Canada does not classify e-cigarettes as a tobacco product at all.

The statement also includes a quote from Clive Bates, former Director, Action on Smoking and Health in the UK, who said, “When smoking is by far the dominant cause of disease caused by tobacco, why would the WHO use World No Tobacco Day to target one of the most effective and popular alternatives to smoking?”

In an article published by the American Council on Science and Health, it is further noted that WHO has damaged its reputation by taking a dogmatic approach which is rooted in misinformation.

The statement suggests that the WHO’s position on vaping is the result of having been influenced by vested interests, in effect siding with Big Tobacco to create barriers that discourages new technology such as vaping, which is less harmful than smoking; and to instead protect the tobacco industry. WHO receives funding from Bloomberg Philanthropies and other organizations with direct conflicts of interest. 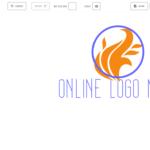 The best online maker enables you to create a logo with a few clicks. Even if you do not have any new designing skills, you can still design a logo for your company. With the best designing tool, it … END_OF_DOCUMENT_TOKEN_TO_BE_REPLACED 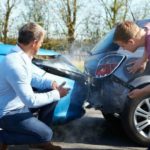 “Let’s just keep this between ourselves; I’d rather not get insurance involved if we don’t have to.” This oft-repeated refrain after an accident site stems from one rather significant concern. … END_OF_DOCUMENT_TOKEN_TO_BE_REPLACED