Think about what it would be like to have spent nine years with your partner. Hopefully, that thought makes you smile, since your partner is your best friend, and there isn’t anyone else that you would rather have spent your time with.

Being nine years into a relationship says a lot. It speaks volumes about both you and your partner’s dedication as well as the relationship you have built together. Because, if you made it nine years, your relationship must be pretty strong. But nine years? When people get to that point in their relationship, are they even counting anymore?

Well to be honest, after the first few anniversaries, people do not really think about it unless it’s their 10th, 25th, or 50th. That does not mean that the anniversaries in between are any less important or special.

Even though most people don’t really bother to spend much time thinking about their ninth anniversary, you should. Because it means a lot more than you probably think it does.

In fact, the number nine was so significant that Chinese emperors had robes with nine dragons on them. And in Chinese weddings, the groom traditionally gives a red envelope to the bride’s family that holds 9,999 Chinese yuan.

In the world of numerology, the number nine signifies attaining wisdom. This is because nine is the last digit. Nine represents overcoming obstacles, as well as building tolerance, compassion, and mercy.

So, even though the number nine may seem ordinary to some, to others it has a lot of value and meaning. And as for anniversaries, the ninth one is no exception.

And both of these examples tell us something important about the number nine and what it should mean to you in your relationship. Even if you don’t connect to Chinese culture or believe in numerology, both can shed some light on why your ninth anniversary deserves to be celebrated.

So, here are nine reasons why your ninth anniversary is special.

Being comfortable with a partner is one of the best feelings. Being able to open up and be real will make or break a relationship. And so, if you have made it to nine years, you’re probably comfortable telling them anything.

At the beginning of relationships thinking too far into the future can be scary. Even if you think you want to spend your future with this person, it can be anxiety-inducing, especially if you are not sure if they feel the same way.

If you’re really new into the relationship, your friends and family might be warning you about planning too much of your future around your significant other. But by nine years, you both know that your relationship is solid. So, you can start making big plans for the future.

Part of the fun of being in a relationship is building trust. You want to be able to trust that you and your partner have not only got each other’s backs but also that they keep in mind what is best for you, and you’ll do the same for them.

Even if you’ve run into troubles early on in your relationship, if you made it to nine years, then you’ve probably grown from it. And despite trust issues early on, now your trust is deeper and stronger than ever.

As mentioned in the last point, being in a relationship means that you’ve seen the good and the bad. And by ‘bad,’ I mean bad. Through nine years, you could have finished college, started a new job, gotten fired, experienced a death in the family, or even seen issues within the relationship itself like breaking each other’s heart or not being sure if you’re ready.

But these facing the obstacles in your own life as well as the ones in your relationship will make your bond stronger and help your partner get to know you at a whole other level. Facing obstacles will make you both wiser in the future and re-solidify all the reasons you got together in the first place.

With life challenges, comes growth. But you don’t have to just grow from overcoming obstacles, as mentioned in the last point. As people age, their priorities, interests, and values change. But when you’re in a relationship, hopefully, those aspects will have grown together rather than apart.

So, if you’re nine years into your relationship, you can be pretty sure that you both grew together, side by side, in such a way that complemented each other and led to a solid relationship and future together.

Just as important as all the bad times are the good times. As the book and movie, Into the Wild, concluded, ‘happiness is shared.’

Experiencing some of the best times of your life with your partner is just as important in building a relationship as overcoming obstacles. Milestones create fond memories and sharing them with a partner can make them even more special.

After nine years, you’ve probably developed a set of habits that you stick to, as a relationship. For example, you probably have your favorite restaurants and vacation spots. But what’s great about being at nine years is that you’re both probably ready to start trying new things and diverging from the habits that you’ve stuck to for so long.

Another part of being in a relationship for nine years, experiencing both the good and bad as well as growing as individuals in addition to as a couple, is that you probably know your partner better than anyone. And vice versa. Nine years into your life is a lot. And by then, they probably know you better than your family and even some of your closest friends, which says a lot.

Lastly, and this is kind of obvious, but you’re only one year from having spent an entire decade together! An entire decade is one-tenth of a century. And after one decade, you will no longer be able to count the number of years you’ve been together on your fingers.

So, if you didn’t think there was anything special about a nine-year anniversary before, think again. Even though so many people aren’t giving their 9th anniversary the celebration it deserves, this doesn’t mean that you shouldn’t either. Nine years together is a long time, and it is so special. Why wouldn’t you want to celebrate it?

Leveraging technology and the innovative resources it delivers is critical for business success. Among such innovations is Salesforce Field Service, also referred to as Field Service Lightning (FLS), … END_OF_DOCUMENT_TOKEN_TO_BE_REPLACED 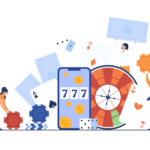