Many movies are most remembered for the cool cars they featured, and not much else. But what has become of these incredibly iconic movie vehicles?

A great many movies are known far more for the cool cars featured in them, as opposed to anything else. But then, that is probably the idea the filmmakers were going for. After all, what will make your motion picture live on more than having audiences dazzled by a flashy set of four wheels?

Few are willing to argue against the Aston Martin DB5 being one of the coolest cars in film, ever. If that wasn’t enough, many even argue that the film the car appeared in, Goldfinger, is the best Bond flick to date. You are welcome to your own opinion on both subjects, of course, but what we’re here to find out is what happened to the cars used in the film.

The Lotus Esprit in The Spy Who Loved me is hugely famous, mainly due to the fact that it turned into a submarine. Astonishingly, the car in the film was actually a working car submarine. Nicknamed Wet Nellie, the modified Esprit went on a promotional tour, after which it was stashed away and forgotten about. Wet Nellie resurfaced in an auction, and was subsequently bought by Elon Musk for £550 000. He vowed to restore it to its former glory.

The 2000 version of Gone in 60 Seconds was not the favourite movie of many, but it did have a 1967 Shelby Mustang GT500 that everyone loved, and it soon became one of the more iconic cars ever used in a movie. The film used a grand total of 11 of these classic cars, though most were drastically reshaped and modified to house cameras. The main Shelby used for beauty shots, however, serial number 7R02C179710, was auctioned for $1 million and can now be seen at auto shows.

The Ford Falcon GT in the original Mad Max was drastically modified for shooting, and given to stuntman Murray Smith as payment for his work, since there was very little budget to go around. But when Mad Max 2 came around, with a bit more of a more budget, the Falcon returned to the hands of director George Miller, to once again be drastically modified for shooting. Today the Falcon resides in Dezer Museum, Miami.

DeLorean – Back to the Future

Last we have the legendary DeLorean from the Back to The Future films. 7 DeLoreans were used across the film franchise, with only 3 alive today. 2 are on display in Universal Studio theme parks, and the last was sold to an anonymous collector for $541,000.

The other 4 were sadly, scrapped for parts. The destroyed shell of one hung briefly in a Planet Hollywood in Hawaii, but has disappeared after the restaurant closed its doors many years ago. So, if you want to see a genuine Back to The Future DeLorean, it will be at Universal Studios theme parks, or it will involve tracking down the collector who is doing who knows what with it… 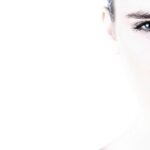 The importance of proper moisture for the skin can't be denied, and a lot of us want our skin to look good and healthy and have that wonderful glow. But you can't achieve this if your skin is dry or … END_OF_DOCUMENT_TOKEN_TO_BE_REPLACED 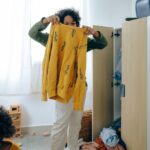 Organising a bedroom is easier said than done. It could be a tiresome task for most people. You know that It is very easy to accumulate things rather than find a place to store them. Inevitably, you … END_OF_DOCUMENT_TOKEN_TO_BE_REPLACED